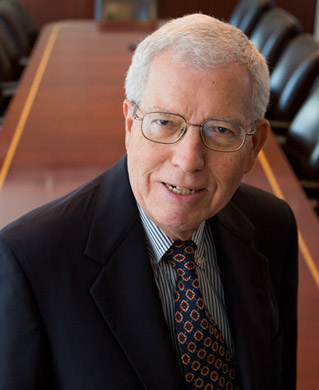 Bruce Molinaroli is a Senior Director and portfolio manager.  Bruce’s investment style may be best described as conservative with income as the primary consideration with growth secondary. He has a passion for researching special situations, large and small, and employs them as appropriate in client accounts.

Bruce received his A.B. in economics from Dartmouth College and earned an M.B.A. with a concentration in finance from The Tuck School at Dartmouth. He began his career at Standard & Poor’s as an analyst covering the oil and gas industry. From there he headed special situations analytical groups at several Wall Street firms. Bruce joined Ingalls & Snyder in 1979 and became a Partner in 1983, a Director in 1996 and Senior Director in 2007.

Bruce was born and raised in Vermont. His father, a small businessman, ignited his interest in the stock market and investing in general when Bruce was a teenager. This interest has turned into a lifelong vocation.

After raising a family in the New Jersey suburbs, Bruce and his wife moved back to Manhattan where they enjoy all that New York City has to offer. However, Bruce remains a Vermonter at heart.